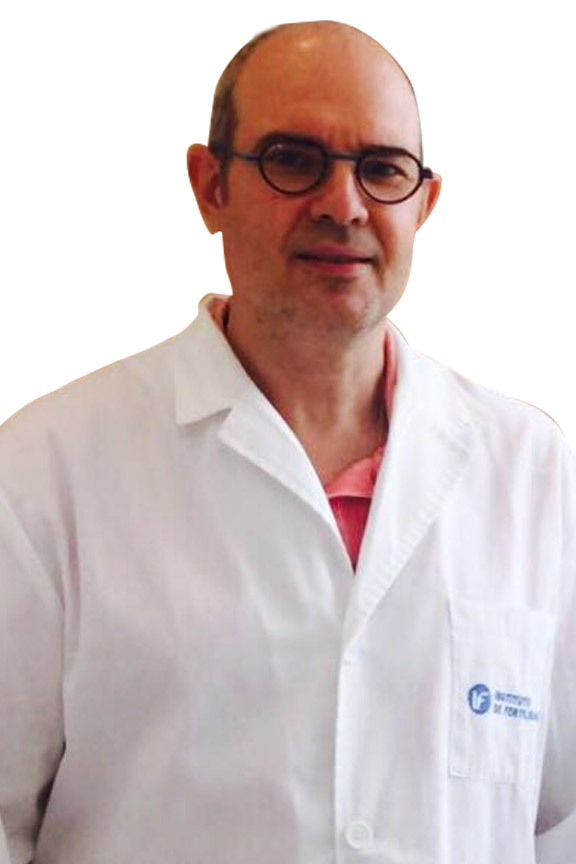 Dr. Pere Moyano graduated in Medicine from the Faculty of Medicine at the Central University of Barcelona in 1991.

Undergoing the MIR examination in 1998 and specialising in Anaesthesiology and Resuscitation at Vall D’Hebron Hospital, Dr. Pere Moyano also completed doctoral courses in 1996 and 1997.

An assistant doctor in the Anaesthesiology Service at the Hospital Universitario de Son Dureta in Palma de Mallorca since December 2001, Dr. Pere Moyano has also been involved with the Cardiac Surgery department since its inception.

Upon establishment of the Anaesthesiology Service at the Hospital Universitario de Son Espases, Dr. Pere Moyano has acted as an assistant physician.

Dr. Pere Moyano has also overseen the Anaesthesiology section at the Instituto de Fertilidad de Palma de Mallorca as of 2015.

Away from anaesthesiology, Dr. Pere Moyano has a Master’s Degree in Nutrition from the University of Barcelona, a Postgraduate Degree in Food and Drugs and has completed monographic courses on nutrition in pregnant women, children and the elderly. The academic has also been a nutritional consultant since 2013.